A Gift From God

This is the time of year that is high with excitement. It is special as no other season is. And it’s because our attention is once again drawn to the Great Story of a gift from God. The baby in the manger, his virgin mother, the angels announcing the good news of great joy for all people. We buy gifts for those we love as an echo of the greatest of all gifts.  We echo the gift of the Savior God gave to us. And once again, we sing the carols that we have come to cherish over the years The songs remind us of what the celebration is all about: Joy to the world the Lord is come! Love came down at Christmas. (See also here.)

Just because this season is so special, it is also a time we lovingly anticipate being with family and friends. These, too, are a gift from God. What CS Lewis reminded us about concerning friends, applies even more so to family members:

A Quote from C.S. Lewis

“…for a Christian, there are, strictly speaking,  no chances. A secret Master of the Ceremonies has been at work. Christ, who said to his disciples, “You have not chosen me but I have chosen you,” can truly say to every group of Christian friends, “You have not chosen one another but I have chosen you for one another.” The friendship is not a reward for our discrimination and good taste in finding one another out. It  is  the instru 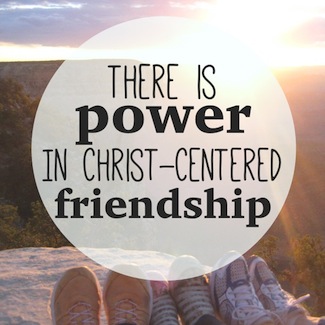 ment by which God reveals to each the beauties of all the others. They are no greater than the beauties of a thousand other men; by Friendship God opens our eyes to them. They are, like all beauties, derived from Him through the Friendship itself, so that it is his instrument for creating as well as revealing. At this feast it is He who has spread the board and it is He who has chosen the guests. It is He, we may dare to hope, who sometimes does, and always should, preside.  Let us not reckon without our Host.

This is the central truth behind the celebration. The love we share with others is not merely the consequence of God’s love for us. Rather, the love we give and receive IS the love of God shown to us through them and to them through us. This season, celebrate a gift from God.

Wishing you all a blessed Christmas,

When we ponder the wonder of the Incarnation, we can find ourselves at a loss for words to express the wonder of that event. St Augustine wrote a profound selection in what we know today as Sermon 191. It was a message for his church, especially for those who had chosen to be nuns, on a Christmas Day. I offer it to you for your meditation and encouragement this Christmas season. See also a brief meditation on the Incarnation by Roy Clouser.

St Augustine on the Incarnation

“The Word of the Father, by Whom all time was created, was made flesh and was born in time for us. He, without whose divine permission no day completes its course, wished to have one day set aside for His human birth.

In the bosom of His Father, He existed before all the cycles of ages; born of an earthly mother, He entered upon the course of the years on this day.

The Maker of man became Man that He, Ruler of the stars, might be nourished at His mother’s breast;

that He, the Way, might be wearied by the journey;

that He, the Truth, might be accused by false witnesses;

that He, the Judge of the living and the dead, might be brought to trial by a mortal judge;

that He, Justice, might be condemned by the unjust;

that He, the Foundation, might be suspended upon a cross;

To endure these and similar indignities for us, to free us, unworthy creatures, He who existed as the Son of God before all ages, without a beginning, deigned to become the Son of Man in these recent years. He did this although He who submitted to such great evils for our sake had done no evil and although we, who were the recipients of so much good at His hands, had done nothing to merit these benefits. Begotten by the Father, He was not made by the Father. He was made Man in the mother whom He Himself had made, so that He might exist here for a while, sprung from her who could never and nowhere have existed except through His power.”