Admittedly, many controversies have swirled around the Affordable Care Act. Yet, there is a more basic issue, namely public justice. It has not received the attention it deserves. But although the issue of public justice has receded into the background, it still remains a driving motivation behind much of the controversy concerning the Act.

A Basic Issue : The Proper Scope of Government

We should not confuse this iss

ue with people’s opinions of the actual provisions of the Act. Just about everyone thinks the Act needs to have been much better. But the issue I’m pointing to is whether it falls within the proper scope of government to pass any act at all to make health care accessible to its citizens. Some opponents of the Act think government has absolutely no responsibility in health matters. Meanwhile, others think that state governments may have such a responsibility but the federal government does not.

Let’s consider first the objection against any and all government involvement in health matters.

This issue was actually addressed in one of the founding documents of our nation, the Declaration of Independence. The first of the universal rights it mentions is the right to life, followed by the rights to liberty and the pursuit of happiness. The clause then closes with the assertion “that it is to secure these rights that governments are instituted among men.”

It would be wildly implausible to argue that this clause intends to assign to government the responsibility of protecting life only from threats due to war or crime. The need for government regulation to protect public health was clear to the American colonists early on.  For example, Cotton Mather advocated compulsory inoculations in Massachusetts Bay Colony in 1721. If it isn’t a government responsibility to see to the safety of food, water, air, transportation, and medicines, upon what institution of society does that responsibility fall?

The second objection agrees that the protection of life is a responsibility of government, but maintains that it should fall entirely to state governments rather than to the federal government. Those who hold this position usually do so on the grounds that the Constitution does not specifically delegate any such authority to the federal government.  Furthermore, it specifically requires any power it does not delegate to the federal government to remain with the states. Fox News analyst Andrew Napolitano argues this way, for example. In an article written for the blog  LewRockwell.com, Napolitano says that “the power to regulate for health, safety, welfare, and morality” should be “reposed with the states,” and that there should be “no federal police power” whatever.

But is such a position really tenable or is it a way in which the Constitution has become inadequate for modern life? Can each state reasonably be expected to inspect all roads, buses, trains, elevators, bridges, airplanes, foods, and medicines, as well as deal with epidemics, air pollution, drug enforcement, and forest fires? Is it plausible to have as many as fifty different standards in the same country governing each of these needs?  And does it make sense to say that even where these issues cross state lines the federal government is to have “no police power” as Napolitano asserts?

An Approach to Public Justice that is Almost 500 Years Old

In matters of health and safety, as in so many others, we continue to be hobbled by the way the writers of the Constitution replaced the Calvinist idea of sphere sovereignty with the idea of competing governments as the chief means of forestalling totalitarian governance. And the course of history since has shown just how unworkable it can be to have fifty legislatures and police forces enacting and enforcing contrary laws within the same nation. (As an example, see the American Bar Association’s article regarding the ethics of the marijuana laws now in effect.)

“Sphere Sovereignty” is the name Abraham Kuyper gave to John Calvin’s insight that the New Testament recognizes a number of distinct kinds of God-given authorities in human life: the authority of parents in a family, owners in a business, clergy in the church, and officials in the state, for example. Each type of authority relates to a particular aspect of life that is its proper “sphere.” Then each type should enjoy a relative immunity from interference by the other types of authority. Moreover, there is no one type that is supreme over the others or the source of all the others. The reason for that is only God is supreme over them all and the source of them all.

Consequently, government must not do what Calvin called “over leap the prescribed bounds” of its proper authority.  Its proper sphere is recognized to be that of public justice. This means that the way to avoid totalitarian government is by framing our laws so as to restrict governmental power to matters of public justice.  Instead, we have attempted this  by creating competing states within the same body politic. Calvin puts it this way:

Hence, he only who directs his life to [God’s calling] will have it

properly framed; because free from the impulse of rashness, he will

not attempt more than his calling justifies, knowing that it is unlawful

to over leap the prescribed bounds… The magistrate will more willingly

perform his office, and the father of a family confine himself to his

highest gift of His beneficence, and prescribes to rulers themselves

their proper sphere, he at the same time declares, that of whatever

description they may be, they derive their power from none but him.

On this view, the central issue for government is not whether there is one or many or how big a government is, but whether it recognizes its authority as limited to the sphere of public justice. Having one overarching government that recognizes its proper limits beats having fifty little ones that don’t. The central issue for health care is whether it is a public injustice to leave millions of citizens without access to the means of safeguarding the very first right the Declaration guarantees to them. 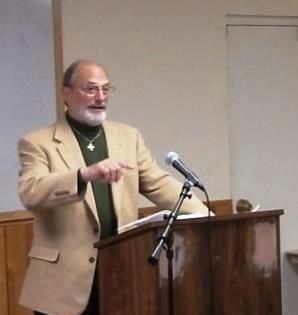 Professor Emeritus of The College of New Jersey

Former Trustee of the Center for Public Justice.

Belief in God: Does Science Make This Obsolete?
Scroll to top